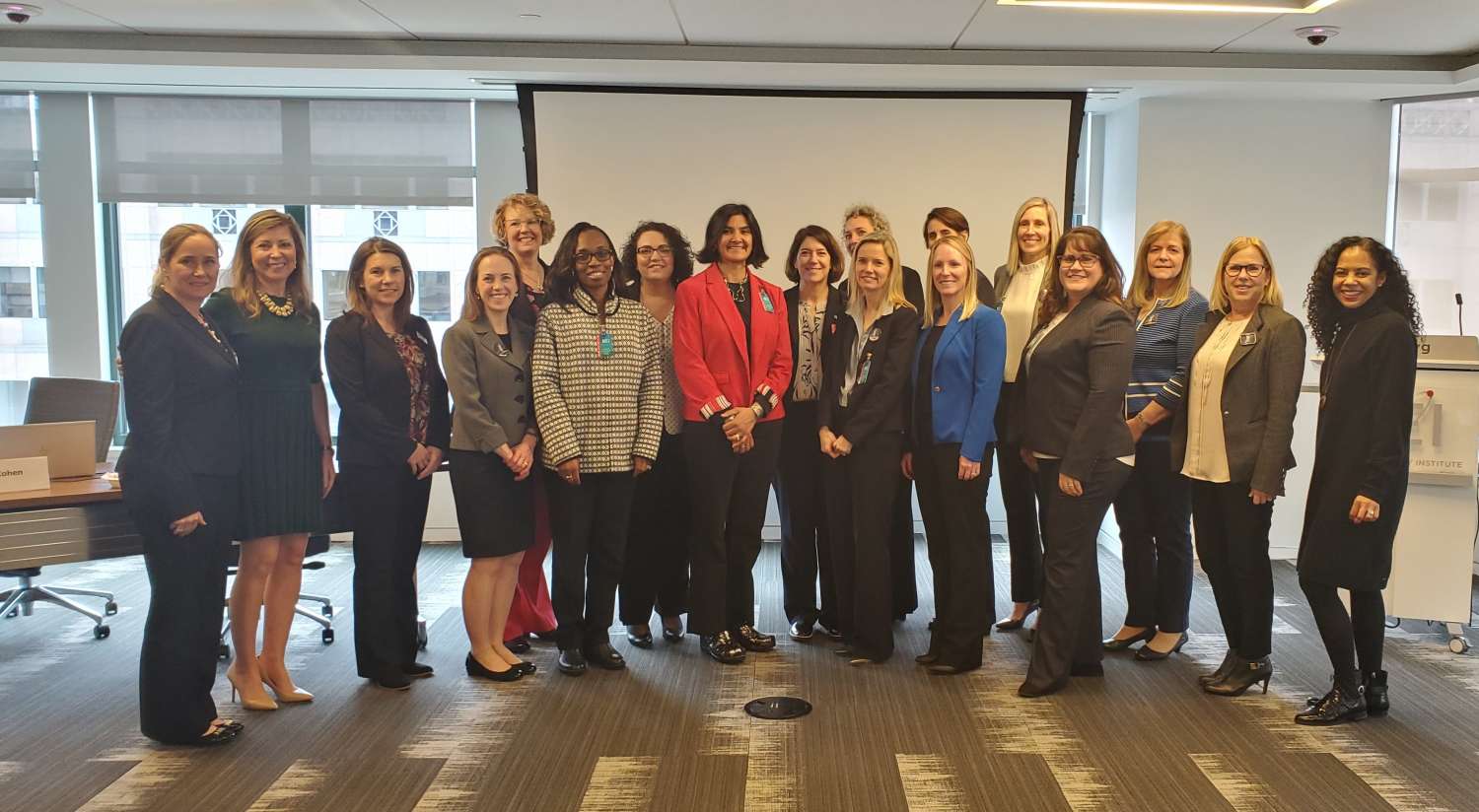 The one-year “Leadership Cohort” program kicked off last summer at the national conference, with a dozen rising leaders across the industry joining the inaugural class. This program aims to bolster the careers of rising female leaders in nuclear energy-related companies across the country. Women are universally under-represented in STEM fields, and U.S. WIN hopes to help offset that trend in nuclear by helping talented females rise into some of the industry top jobs.

This year’s class met last month in Washington, D.C., for additional development, networking and the chance to advocate on Capitol Hill.

“The experience was so valuable,” said Rebecca Salvadore, Training Director from Exelon’s Peach Bottom Atomic Energy Station. “We are learning an incredible amount from everyone in the group and the industry experts we get to interact with throughout this year of programming.”

NEI’s CEO Maria Korsnik spent time with participants in D.C., providing an overview of the current fleet of nuclear in the U.S.  She also talked about the enthusiastic support new nuclear units – such as Small Modular Reactors and Advanced Reactors – are receiving from policy makers and the industry.

“It’s so important that local, state and federal policy makers to hear from nuclear professionals like you on the value and importance of the carbon-free energy,” Korsnik told the group.

NEI’s Neil Cohen, SVP External Affairs, spoke to the group about how to effectively communicate about nuclear’s benefits. They also met with Dr. Rita Baranwal, Assistant Secretary of Energy for Nuclear with the Department of Energy.  She spoke with the group about projects in her office and about her personal career journey.

The program connects these rising leaders with chief executives and other stakeholders and experts. Each woman in the program is working on one of three capstone project that will be present at the 2020 national U.S. WIN conference in Richmond. Before that, the group will meet again in April at the INPO offices to meet with chief nuclear officers from across the country and the INPO Executive Advisory Group.